Heads of Supreme Audit Institutions, members of EUROSAI, were received in a meeting by the President of the Czech Republic, discussion on the importance of SAIs within the constitutional system 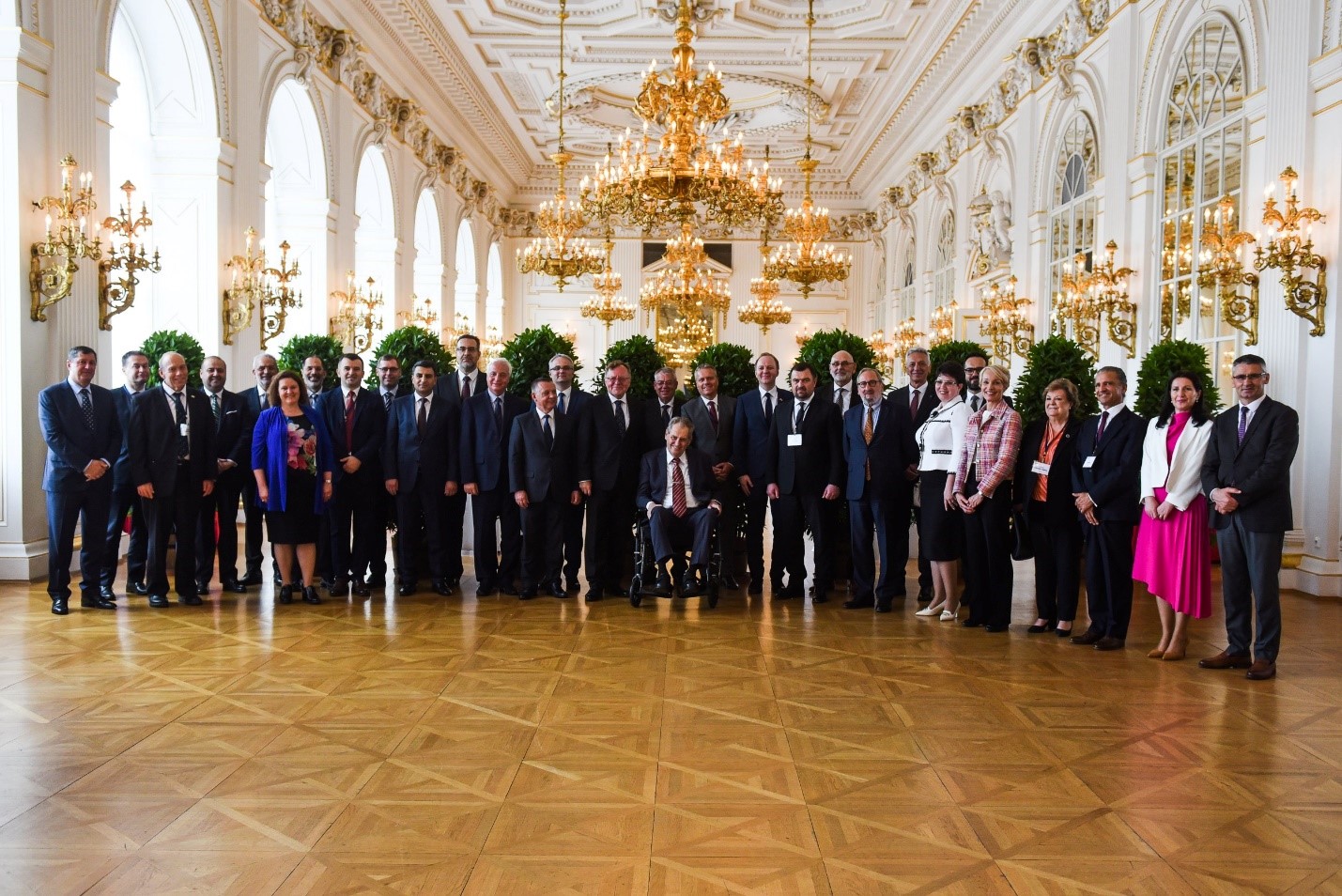 Numerous activities were held during the third day of the Post-Congress of EUROSAI, including the reception by the President of the Czech Republic, the meeting of the Heads of Supreme Audit Institutions (SAI) to discuss the EUROSAI Strategic Plan 2024-2030, as well as the open exhibition of products and the presentation of SAIs achievements.

The Auditor General of the Republic of Kosovo, Vlora Spanca, the Deputy Auditor General, Bezad Halilaj and other Heads of Supreme Audit Institutions (SAI) from European countries were received in a meeting on Tuesday by the President of the Czech Republic, Mr. Miloš Zeman.

During this meeting, the Czech President welcomed the Heads of the Supreme Audit Institutions with whom he discussed the importance of external audit within the constitutional system, as well as the benefits of international cooperation in the audit area.

This meeting was held after the completion of the Post-Congress work of EUROSAI where the Heads of the Supreme Audit Institutions discussed important topics on external audit and networked and exchanged experiences in three consecutive days in different workshops. Participants considered that the Post-Congress of EUROSAI was a good opportunity to demonstrate the potential of the supreme audit institutions and their power.

Heads of Supreme Audit Institutions show solidarity with Ukraine, in lack of peace it is difficult to talk about the development and achievement of global goals.

In the special meeting of the Heads of the highest audit bodies, members of EUROSAI, also attended by the Auditor General and the Deputy Auditor General of Kosovo, the Strategic Plan of EUROSAI 2024-2030 was discussed.

On this occasion, the President of EUROSAI, invited the President of the Accounting Chamber of Ukraine, Valeriy Patskan, to present to his European counterparts the country’s situation and the damage caused by Russian military aggression, as well as setbacks in achieving sustainable development goals.

He requested that as soon as possible among the priorities of EUROSAI, to identify joint efforts to assess the global impact of Russia’s attack on Ukraine, war damage evaluation, saying that the degree of damage from this war is difficult to be evaluated.

He called for a joint effort to assess the global impact of Russia’s attack on Ukraine and war damage as soon as possible among EUROSAI priorities, saying that the extent of the damage from this war is difficult to assess.

“The President of Ukraine has already set up a working group to monitor the damage and losses caused in Ukraine, and the government has drafted an order for damage assessment. The Accounting Chamber works in this direction too. A series of sectorial analyses will be conducted in the near future. “Their results will help form an audit opinion on the government’s assessment of the magnitude and forms of direct and indirect damage caused by armed aggression.” stated Patskan. He said that Ukraine needs methodological support from the EUROSAI community.

Participants show solidarity with their Ukrainian counterpart for their situation saying that in lack of peace it is difficult to talk about the development and achievement of global goals.

At the end of the Post-Congress, the President of EUROSAI Miloslav Kala extended his thanks to the guests for their participation, friendly atmosphere and knowledge sharing.

During her visit in Prague, the Auditor General, Vlora Spanca with associates was received in a meeting by the Ambassador of the Republic of Kosovo in the Czech Republic, Albesjana Iberhysaj Kapitaj.

On this occasion, Mrs. Spanca informed the ambassador on the audit work, challenges and audit results. In particular, Ms. Spanca stated the importance of Kosovo’s participation in this event and the relevance that EUROSAI has as a European organization of SAIs, which KNAO is a member of.  This was made possible with the help of the Czech state too. The Kosovo diplomat extended her thanks to Mrs. Spanca for the visit, and commended the work of the National Audit Office for better management of public money through audits, respectively the implementation of audit recommendations.