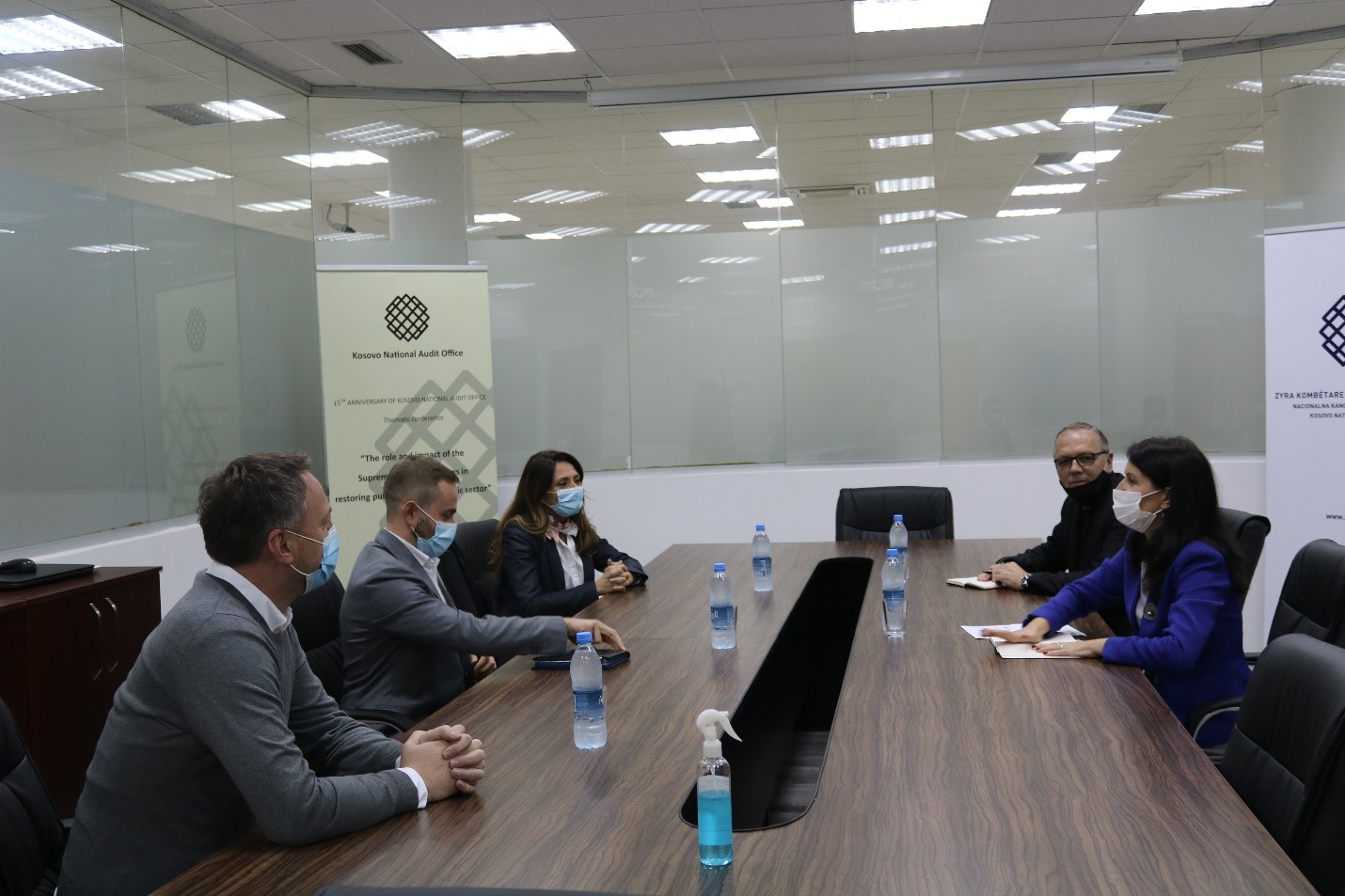 The Auditor General of the Republic of Kosovo, Vlora Spanca, together with the Director of the Department for Anti-Fraud and Legal Affairs, Safet Berisha, received in a meeting the representatives of UNDP SAEK III Project in Kosovo, Dardan Kocani,  Rrezearta Reka and Albert Avdiu.

Mrs. Spanca informed the guests about the mandate and work of the NAO, with special emphasis on the cooperation of the National Audit Office with the judiciary and relevant bodies in the fight against fraud and corruption, such as the Chief State Prosecutor Office, the Anti-Corruption Agency, and the Kosovo Police. In this regard, the Auditor General has highly appreciated the uninterrupted support that NAO has been receiving from USAID in capacity building regarding identification of and professionally assess to possible cases of fraud found during the audit process.

On the other hand, UNDP representatives have congratulated Mrs. Spanca for taking office and informed her of the technical assistance SAEK III Project provides for the fight against corruption.

In this meeting, the parties agreed on further cooperation and support to NAO in strengthening and coordinating cooperation with the Chief State Prosecutor Office, provision of trainings of interest to NAO and organisation of joint roundtables in order to enhance impact for better management of public finances.