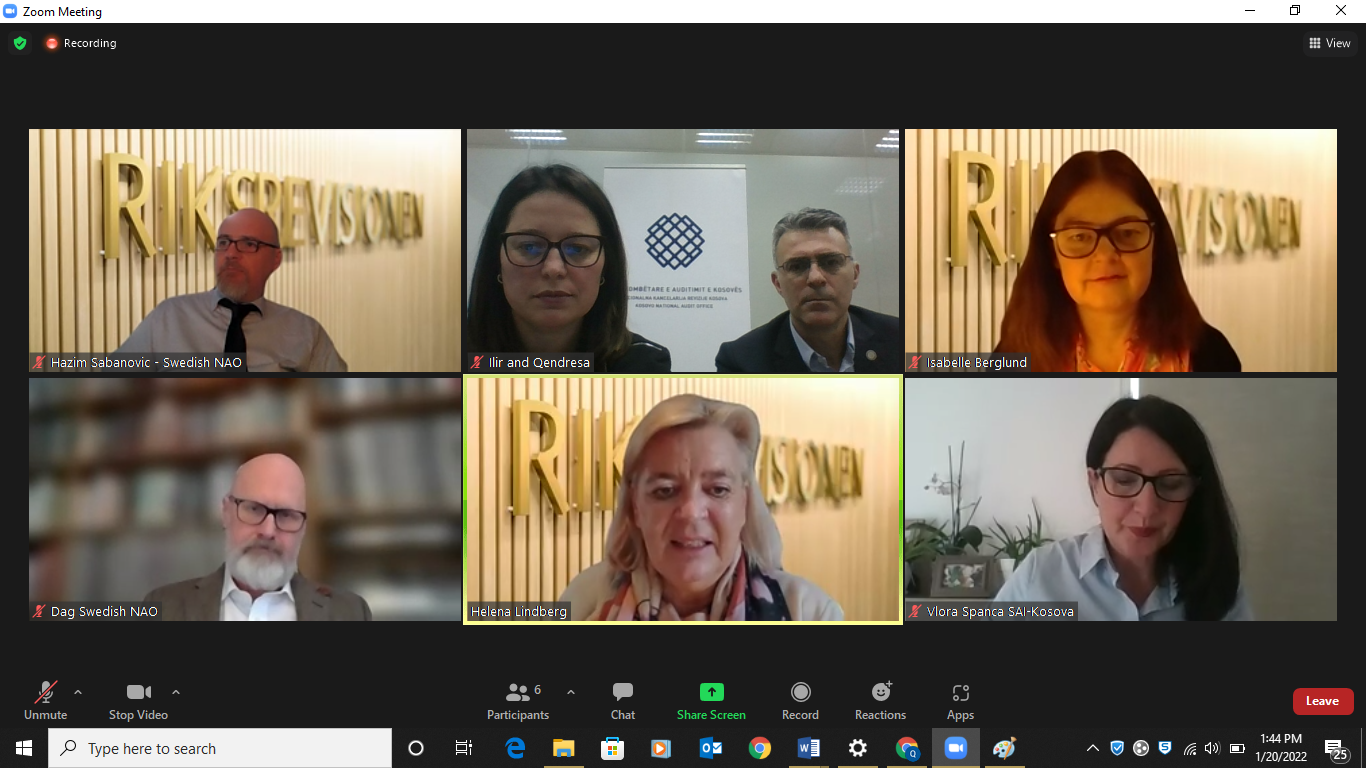 The Auditor General of Kosovo, Vlora Spanca, said that the professional support from the Swedish National Audit Office to the Kosovo’s NAO has been important and comprehensive in terms of building institutional capacity in general, and in performance auditing in particular. “Our official cooperation is already one decade old and I am willing to continue our friendship and to further cooperation and in the next decade. We are currently in the process of drafting our strategic goals for the next three years and we look forward to continue practicing such an excellent tradition of with you,” she said.

Mrs Spanca further said that NAO of Kosovo has, over the years, made a huge progress in both building of human capacities and improving its credibility as a reliable partner of the citizens of Kosovo and the Assembly of Kosovo, thus also becoming an active member of the international family of supreme audit institutions. “We do have an ambitious agenda for the following years. We will keep up with good work while discharging the legal and constitutional mandate and providing qualitative products in time,” the Auditor General said.

Whilst the Auditor General of Sweden, Helena Lindberg, congratulated Mrs Spanca once again on her appointment as the Auditor General, emphasizing that she was very pleased that the cooperation between would not only be bilateral, but also within the international audit community.

Mrs Lindberg said she was proud of the achievements of both institutions in carrying out the project in such difficult times of the pandemic. According to her, working together remotely and achievement of results would have not been possible without the good and long-term cooperation between the two institutions.

The project “Institutional Development Cooperation with the National Audit Office of Kosovo 2020-2023”aims at supporting the NAO to adopt updated standards and principles of INTOSAI (IFPP) through two objectives: strengthening of internal organisational processes in NAO; and further development of capacities to conduct performance audits of higher quality, so that they are as useful as possible for the stakeholders.