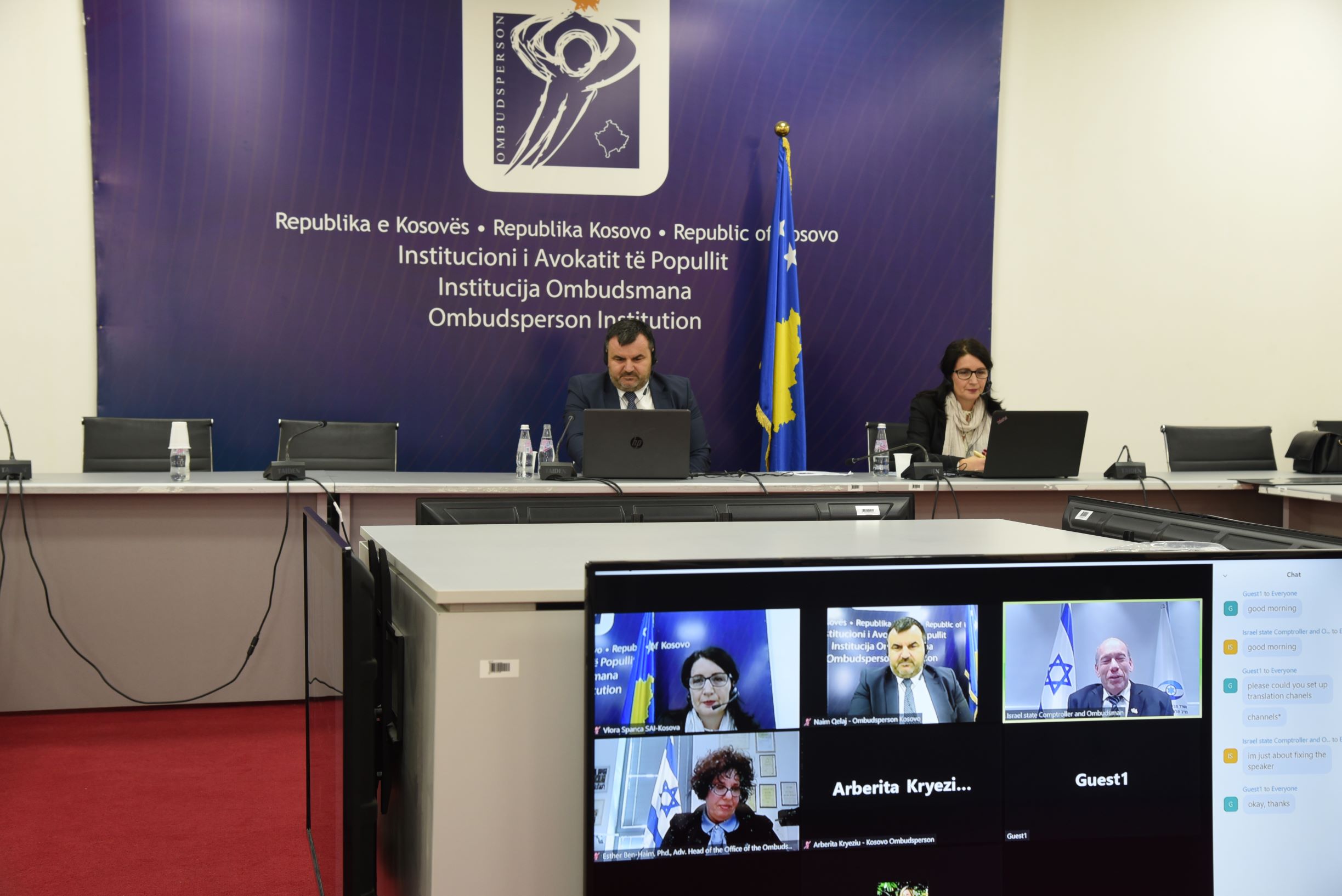 The Auditor General, Vlora Spanca, and the Ombudsman, Naim Qelaj, held an introductory meeting with the State Comptroller and Ombudsman of the State of Israel Matanyahu Engelman, and Dr. Esther Ben-Haim, Director of the Ombudsman’s Office of Israel.

The Auditor General Mrs. Spanca and the Ombudsman Mr. Qelaj informed their counterpart about the role, mandate and the constitutional and legal basis upon which they operate, as well as the faced challenges and their opportunities and vision to address them in the future.

On the other hand, Mr. Matanyahu and Mrs. Ben- Haim presented their mandate and operations as well as explained the unique way this institution is organised in Israel. The State Comptroller and Ombudsman of the State of Israel operate under one umbrella divided in two branches – one dealing with auditing and the other with public complaints. They said that the institution, which was established in 1949, carries out the audit of 1500 state organisations, issues 120 audit reports and receives 18,000 complaints annually. Further on, they welcomed the initiative of exchanging the staff by organising roundtables on audit topics of citizens’ interest.

The Auditor General of the Republic of Kosovo extended her thanks to her Israeli counterpart and welcomed his willingness to future cooperation. Taking into consideration the many years of experience of the Israeli’s State Comptroller in public sector auditing and the role this institution has in the international audit community such as INTOSAI and EUROSAI, the Auditor General welcomed the strengthening of cooperation aimed at increasing the impact of NAO work in improving the public finance management in Kosovo.