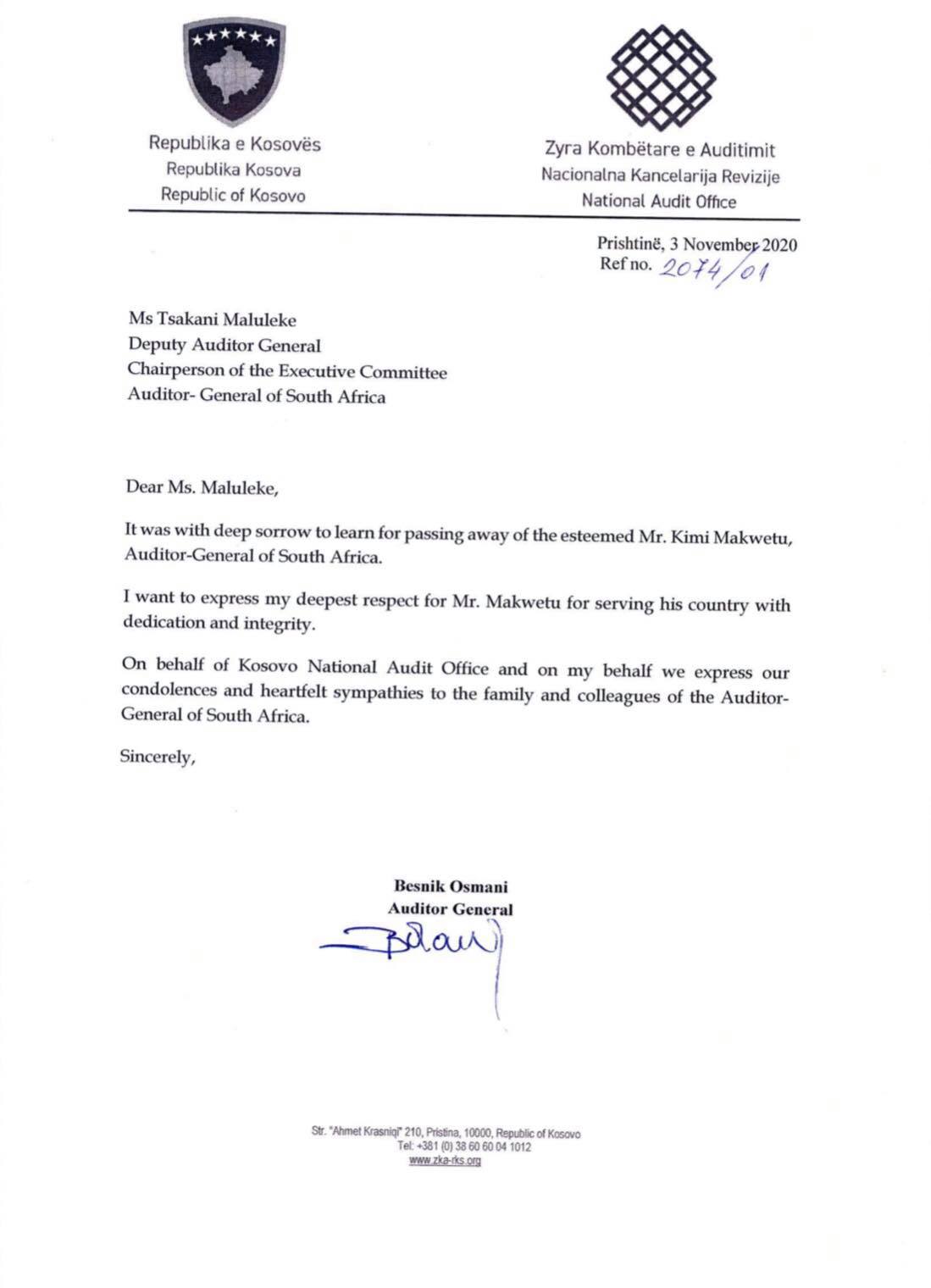 The Auditor General of the Republic of Kosovo, Besnik Osmani, extended his condolences to the Supreme Audit Institution of South Africa for the passing away of the Auditor General, Kimi Makwetu.

Osmani shared his deepest respect for Mr. Makwetu, as an Auditor General who served his country with dedication and integrity.