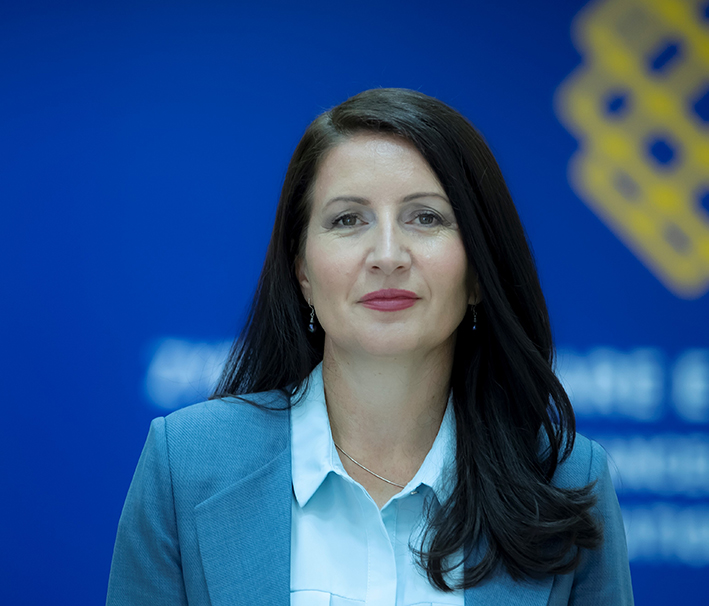 Vlora Spanca, Auditor General of the Republic of Kosovo

Before being elected for this position, she served as the Assistant Auditor General in the National Audit Office since August 2017.

From 2009 until 2016, Spanca was appointed as Head of Regularity Audit Department, covering the Ministries and Independent Institutions, including the audit of the annual financial statements of the Budget of Kosovo for the year 2015-2016.

Before being hired in the National Audit Office in 2007, Spanca worked for four years in the UN Mission in Kosovo in the Office of the Deputy Special Representative of the Secretary General. She was in charge of the administrative support to the Liaison Offices with the Kosovo Protection Corps, the Kosovo’s Interim Administration Structure, and the Directorate for Rural Affairs.

Spanca is a graduate of the Economic Faculty of the University of Prishtina “Hasan Prishtina”. She is a Certified Public Sector Auditor and has partaken in numerous professional trainings in the areas of accounting, public administration, leadership, and public procurement.

She has also attended many international conferences and seminars under various roles and responsibilities.